The following table contains the Change Vector attributes and descriptions.

An example below is a real case depiction of a spatial improvement project that PMBC completed in December 14, 2018 around the City of Armstrong. The figure illustrates the change vector showing the parcel point movement pre and post adjustment. In this instance there was an approximate shift of 15m. 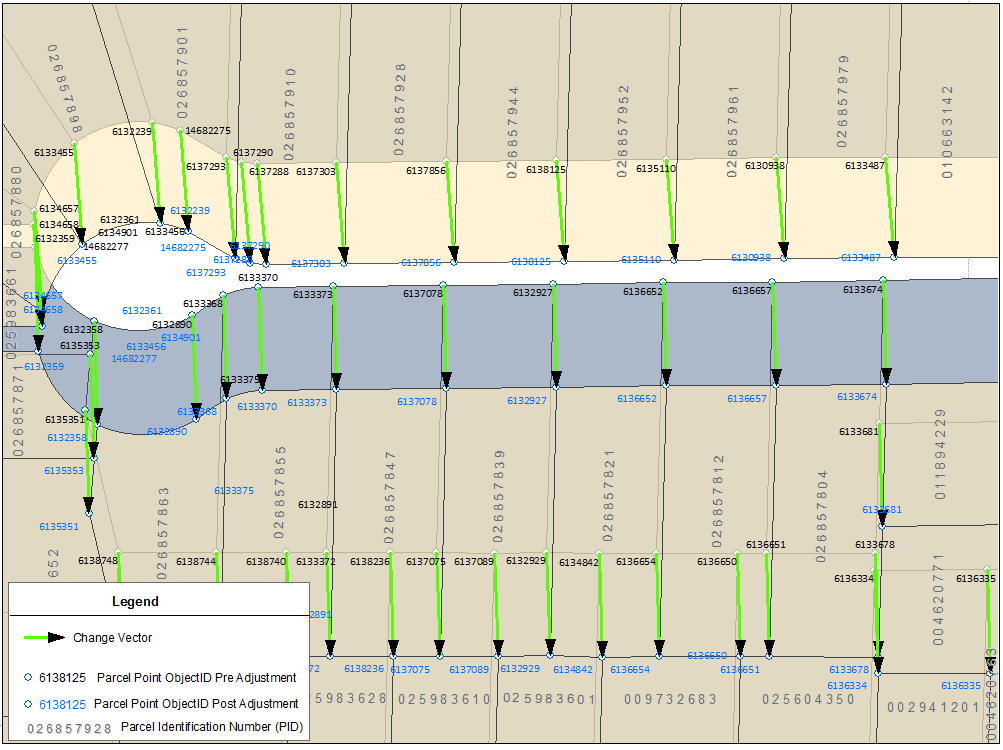